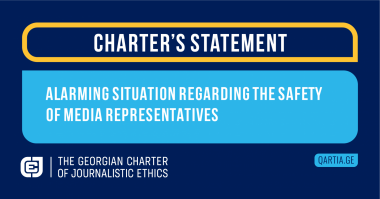 Today marks one year since members of a violent group attacked media representatives, physically and verbally assaulted them and damaged equipment during a demonstration against the March of Dignity. Later the mob attacked the offices of Tbilisi Pride, Shame Movement, and Human Rights House Tbilisi.

According to the Ministry of Internal Affairs, 53 media workers were assaulted, among them Lekso Lashkarava, a cameraman for TV Pirveli, who died on July 11, 2021.

On July 5, 2021, the government did not protect media representatives. In addition, none of the cases mentioned above was adequately investigated. Organizers of the demonstration against Tbilisi Pride were not held accountable, even though their identities were known to the general public.

Freedom and safety of media are necessary for the Euro-Atlantic integration of Georgia.

The Georgian Charter of Journalistic Ethics considers that the situation regarding the safety of media workers is alarming and calls on the government to take practical steps to improve the media environment immediately. 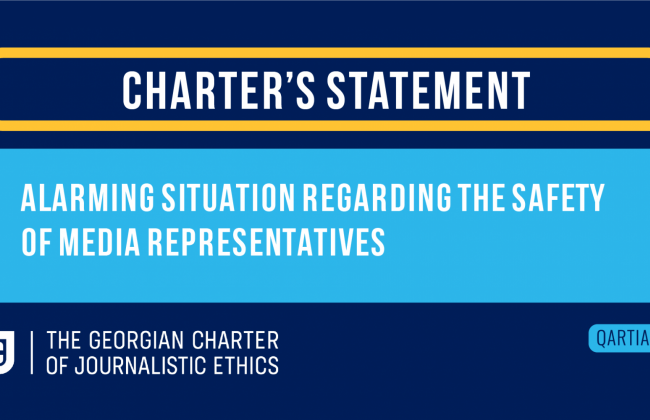