Reporting on Suicide - Training for Journalists 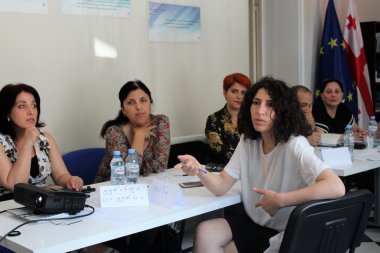 On June 1-2 the Charter organized the training for journalists on suicide reporting. First day the training was led by Sopho Tabaghua, a doctor psychotherapist. Together with her participants discussed emotional and physical condition which a person has before suicide. They talked about suicide signs and preventions.

Reporting on Domestic Violence - the Charter conducted the training 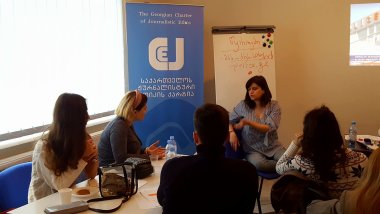 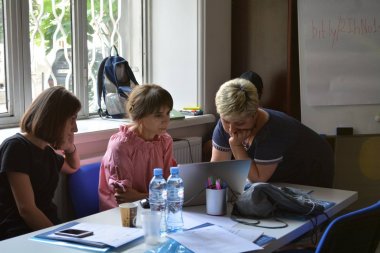 Training about verification of fake information was conducted on June 23-24 for 13 journalists. Professor of GIPA Anna Keshelashvili provided information how propaganda and misinformation works. Participants learnt various tools to verify photo, video or content, discussed how to work with maps and metadata and check users’ profiles. Sessions were followed by exercises.

Training on Secret Recording and Confidential Sources was Held 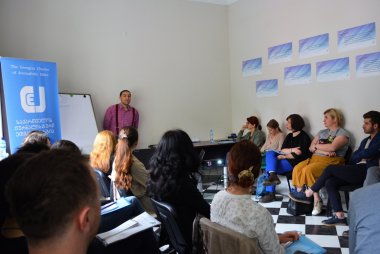 On May 5-6 the first training on secret recording and confidential sources was held and attended by 21 journalists. Rule of Law Direction Head at Institute of Development Freedom of Information (IDFI) Giorgi Beraia lead the first day of the training. He discussed European Court of Human Rights (ECtHR) Standards regarding secret recording and protection of journalists' sources from disclosure. Next day investigative journalist Giorgi Mgeladze provided overview Georgian legislation and ethical standards on ways of obtaining and spreading documents of criminal cases, secret audio/video recording by journalist and working with confidential sources.
Training about conflict sensitive reporting was held 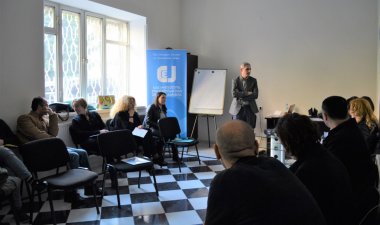 On February 24-25, the Charter conducted a training about Conflict Sensitive Reporting for 13 journalists. Long-time reporter of RFE/RL Goga Aptsiauri specializing in this area led the training. At the training the participants have learned how conflicts start and what causes them to inflame, discussed conflicts related to information, interests, and values. Using specific examples, they talked about how stereotypes fuel conflicts, and discuss ethical dilemmas – patriotic journalism, civic activism, impartial reporting. The trainer provided overview of conflicts in Georgia and discussed role of media in this process. In Prague, in 2009, Aptsiauri received RFE/RL David Burke second award for 2008 August war reporting. In 2014, he was awarded EUMM Special Prize for Peace Journalism in Georgia.