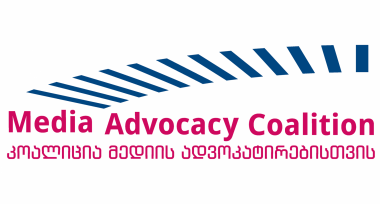 According to media information, yesterday, on March 5, 2022, Mikheil Fishman, the journalist representing the Russian independent channel "Dozhd" was denied entry to Georgia. He has so far refrained from commenting and identifying himself due to the growing threat to journalists in Russia.

Today, on March 6, 2022, it became known that Mikheil Fishman's family is in Georgia, while the journalist himself is not allowed to cross the border and is still waiting for an answer from the Georgian state.

We would like to remind the public that “Dozhd” has been a broadcaster with a critical editorial policy regarding the Russian government. In the wake of the ongoing military operations in Ukraine, the aforementioned TV channel stopped broadcasting on March 3.

Recently the Russian government introduced new regulations making it difficult for independent media to cover the ongoing war. Dissemination of information that the Kremlin might consider “fake” could be punished with a considerable fine or even imprisonment. Given these circumstances, some journalists are trying to leave Russia. Other media outlets in Russia have stopped broadcasting, including CNN, as well as the Russian bureau of Deutsche Welle, which has been closed. Therefore, we expect that other Russian journalists will likewise need the help of the Georgian State.

We believe that the fact of restricting the permit of entry could be discriminatory because other persons entering the country from Russia via Yerevan do not face similar obstacles. Therefore, the state must explain what constituted the main reason for not admitting Mikheil Fishman.

The Coalition calls on the Georgian authorities not to create artificial border obstacles for Russian journalists who have been harassed for their professional activities, strictly comply with the requirements of the Georgian Law on International Protection, and refuse to violate the rights of critical journalists and their associates.