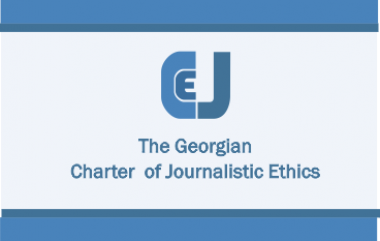 Category : Statements;
The counter rally participants verbally insulted radio Tavisufleba journalist Tornike Mandaria as well and instead of protecting him, law enforcers advised him to leave the territory. "You see, everything irritates them [the rally participants]." One of the participants of the homophobic rally physically assaulted the journalist of the TV Company "Pirveli" while he/she was providing the coverage of the rally. Moreover, the participants of the counter rally verbally abused "Rustavi 2" camera crew.

The rallies of the Tbilisi Pride organizers and citizens nearby the Government Chancellery was planned after the Patriarchate disseminated a letter that urged the authorities not to allow the events planned within the Tbilisi pride to be held. Before the rally participants appeared, ultra-right forces had occupied the territory adjacent to the Chancellery. So far, since the start of the rally, journalists have been working in difficult conditions.

The Georgian Charter of Journalistic Ethics addresses the Ministry of Internal Affairs of Georgia to protect the safety of journalists and ensure that media representatives could perform their professional duty without any interference. In addition, the Charter demands a legal response to the facts of unlawful interference within the professional activities of journalists.