This report unites the results of the studies conducted in 2016‐2018. The report presents how the coverage of electoral processes in different types of media outlets has been changing during these three years and describes the key challenges of the media.

TV stations are important actors in the pre‐election period. The form and manner in which the electorate receives information about election candidates depends on their editorial policy. The observation of talk shows and news releases over the course of years made it clear that since 2016 the polarization has been increasing ‐ television was becoming bipolar. One part of the broadcasters was biased in favor of the Govt’ and the other in favor of the Opposition. In 2018 this polarization reached its peak, especially during the 2nd round. In 2016 and 2017, the partisan approach was expressed in the positive coverage of a candidate, while in 2018 the bias was revealed in the negative coverage of unwanted candidatesthat was accompanied with cases of violation of professional ethics and manipulation with facts. On one side there was Rustavi 2 involved in the negative coverage of Salome Zurabishvili, the candidate supported by the ruling party; whereas on the other side there were Imedi, Public Broadcaster and Obiektivi, involved in negative coverage of Grigol Vashadze.

For three years Rustavi 2 has been sharply critical of the government and the ruling party. During the presidential elections of 2018, it got openly involved in the campaign against Salome Zurabishvili. Contrary to that, the editorial policy of Imedi was directed against National Movement’s candidate Grigol Vashadze. In 2016 and 2017, the partisan editorial policy of Imedi was revealed in the loyalty to the government, and unlike 2018, it was not oriented towards discrediting anyone.

In 2017 and 2018 the editorial policy of GPB was similar to that of Imedi TV. It was not critical of the government, and in some cases it voiced the narrative desirable for the ruling party, positively presenting the government. If no significant bias was revealed on the channel in 2016, in 2017 and 2018 the negative coverage of the opposition and the positive coverage of the ruling party has increased. Furthermore, the talk shows where candidates had to answer tough questions disappeared from the channel. The opposite tendency was noted on the Ajara Public Broadcaster.

Compared to 2016, in 2017‐2018, the channel established itself as an impartial broadcaster, but the in‐depth coverage of the events remained a problem. In this polarized environment, TV Pirveli has been trying to establish itself as an imprtial broadcaster. No particularly biased coverage of any election subject was revealed on this channel. The TV stations have been providing less and less space for discussion. In 2016 a lot more programs were devoted to the debates among candidates and their supporters; thus, more information on their vision was provided to the audience. During the 2018 presidential elections, most of the channels did not even air any debates. In general, this year's coverage was distinguished by the fact that the elections were not the main topic of discussion, especially in the pre‐election period of the first round, and were overshadowed by other ongoing events. In general, in‐depth coverage of current events and low‐quality analysis in talk shows remains a challenge to Georgian TV media.

Most of the broadcasters find it difficult to select topics, identify problems, research them and offer their own agenda to the audience. The topics are discussed a bit superficially in talk shows which prevents the viewers from getting comprehensive information, analyzing the vision of the candidates and taking an informed decision on the voting day. In 2016‐2018 a positive trend was observed in terms of decreased usage of hate speech, especially in news programs. It seems that the broadcasters were trying their best not to be the source of dissemination of such expressions.

Moreover, in the news programs in 2018, those public figures who used hate speech were severely criticized. Though not exactly the hate speech, but insulting statements were used in the negative coverage of 2018 presidential candidates. In this regard, Rustavi 2's program Kviris Aktsentebi stood out since one of the anchors used very offensive language. Hate speech and insulting statements remain an unsolved problem in the TV company Obiektivi, which has been a platform for the Alliance of Patriots for three years 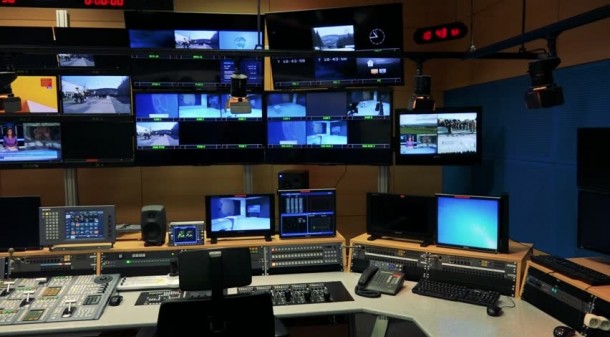 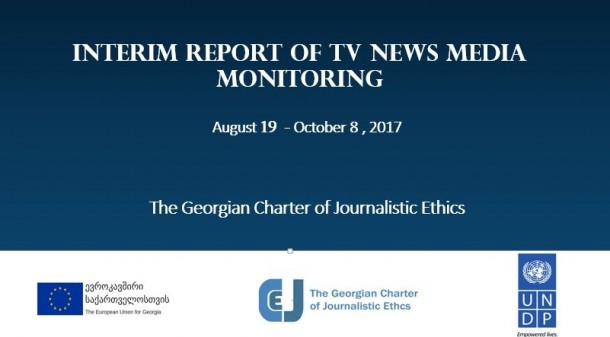