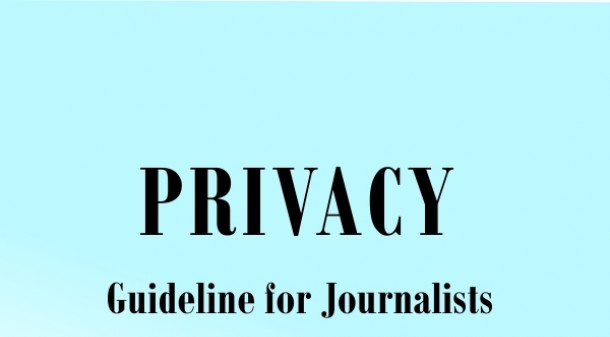 Privacy of every person is protected. Therefore, Georgian Charter of Journalistic Ethics principle 10 distinguishes this – “Journalists must pay respect to privacy, and not intrude into the private lives of people unless there is special public interest” The right to have personal life gives everyone, including public figures, the ability to protect their personal life from others’ unwanted attention, not to publicize the details related to their health, personal relationships, etc. Privacy is a wide concept and does not have a precise definition.

Maintaining balance between releasing personal details in case of public interest and protecting privacy is a challenge and responsibility of media.

Violation of privacy by a journalist is approved only in case of public interest existing in the topic, when the released material can bring more good to the society than bring the damage to one person. This is the difference between public interest and public curiosity. Public interest exists about the topics including:
This list can never be complete and is dependent upon the case. The higher the value of the information for the public, the lower importance is given to privacy issues and vice versa. Journalist has to think about the public interest aim – is it aimed at the problem which will be uncovered by releasing the information or is it aimed at the life of a person depicted in the information. Violating privacy can be approved in the first case only. The more intimate is the information, the stronger the argument of the journalist needs to be. When violating the privacy there can be two arguments:

If there is no agreement from the person, think about these:
You must consider whether the publication of personal information will make a person stigmatized, ostracizes, discriminated against. Think about what will the consequences of publication be, for example danger of physical revenge, etc. Give the audience arguments with proof on why you decided to publicize private information.

There are issues which can be more sensitive, as there is higher risk of improper violation of privacy. These issues include topics such as health, sexual life, adoption, surrogacy. 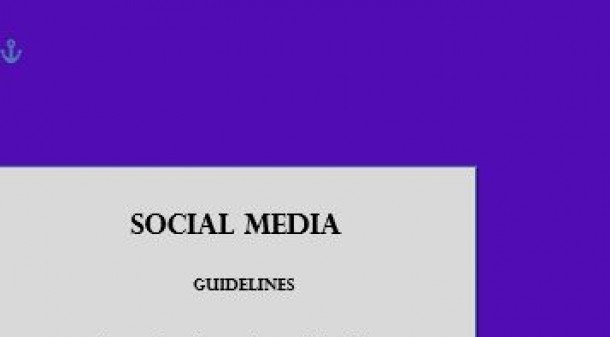 PDF Version Social media has become an integral part of the contemporary journalism, both in terms of finding and dissemination of information. The following recommendations are based on the editorial documents of international media, press council codes,
Reporting on Terrorism 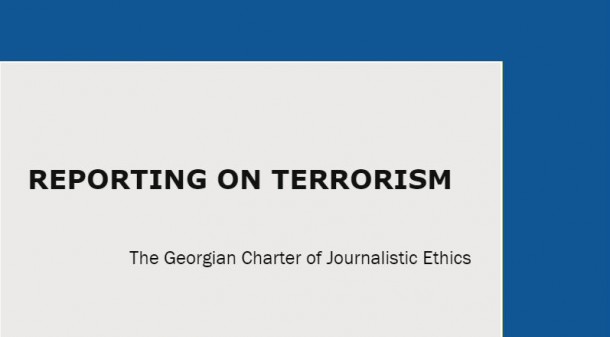 A terror act is an action that aims to spread terror, fear and chaos in the population. Its spread often depends on the messages and images that the media uses while covering it. Terrorism needs publicity to spread its ideology within the society. Media is one of the best means for achieving this goal. That is why they try to get into the daily agenda to spread their messages with the frame that suits them. Terrorist groups not only know how to operate necessary equipment, video cameras, sound equipment and internet, but also have vast knowledge of the media effect and techniques that they can use to attract the attention of the media. Tragedy and shocking news sell well in media, which is why there’s always the temptation to spread terrorist messages. In such cases the media is an accomplice to sharing terrorist ideas. Using media as an instrument is not the only tactic the terrorists use. Quite often the journalists themselves are the targets, they become victims, used as negotiation tools. Following rules will help the media with covering subjects affiliated with terrorism, choosing correct angles or terms.

When covering topics relevant to terrorism, the media should be able to maintain a balance between:
These are the dilemmas that a journalist will face during any specific event and they must make a corresponding decision.
Media Code of Conduct during Elections 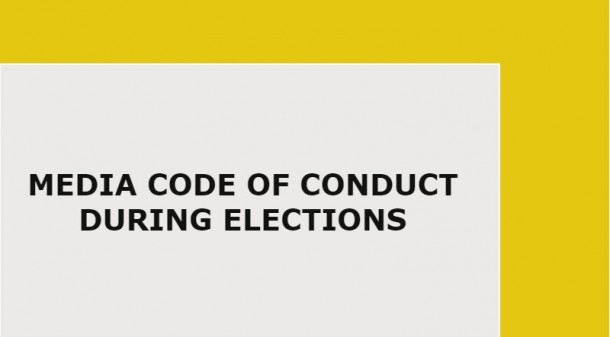 MEDIA CODE OF CONDUCT DURING ELECTIONS


“The will of the people shall be the basis of the authority of government; this will shall be expressed in periodic and genuine elections…”
(The Universal Declaration of Human Rights)

We believe that mass media plays a crucial role during elections in providing access for political contestants to communicate their messages and in presenting news about political parties, political leaders and matters of political importance is vital to the integrity of the electoral process. A partisan presentation of facts or omission of important opinions significantly reduces the quality of reporting. An unbalanced news item is not only inaccurate but also biased because it offers a distorted, partisan and confusing view of affairs or issues.

We believe that a political subject should not misuse the media to disseminate false information for the sake of its own promotion. This could seriously undermine public confidence in elections and any government ascending to power using such methods is questionable. Ultimately, this increases division between politicians and citizens who naturally grow skeptical since the loss of confidence in a political entity can make them turn their backs on politics as such.

We believe that while all democratic countries apply slightly different criteria to the behavior of print, broadcast and online media outlets, the basic concepts concerning the quality of journalists’ work are the same. In this respect, it is important to stress the important role of self-regulatory measures by journalists themselves, regardless of the type of the media.

We believe that the public broadcaster has to observe even more rigorous criteria than other media since it belongs to all citizens. Using public media to promote a certain political party or candidate should therefore be considered as an illegitimate manipulation with the public property. Citizens are entitled to insist on fairness, balance and impartiality and make sure that the government’s attitude towards the media will ensure their access to information to which they are entitled.

We believe that while private media’s status is different from that of the public one, they should also provide fair, balanced and unbiased information about election campaigns. Managers and owners of respective media outlets thus take upon themselves a certain amount of responsibility for media broadcasting, resulting from the fact that broadcast frequencies are considered public property serving public needs.

Taking into consideration the above-mentioned principles we, media managers, on behalf of the Georgian media outlets, decided to accept and comply with the principles stipulated by the Media Code of Conduct during Elections, prepared by the Georgian Charter of Journalistic Ethics on the basis of the domestic legislation, international documents and self-regulatory principles.

Media Code of Conduct During Elections

To ensure free and democratic elections as well as to avoid undesirable polarization of the society and to promote good and responsible journalism, , we, the signatory parties, pledge to:
I. Journalistic Independence

In formulating this Code, we used a number of international documents and guidelines, with special attention to recommendations of the Council of Europe, OSCE and UN, i.e. international institutions of which Georgia is a member state. Georgia has an ambition to become a respected member of the family of developed democratic countries and we think that the media can comply with the criteria constituting a natural component of election campaigns in developed democracies. Compliance with the above-mentioned provisions will be observed by the media themselves, international media experts and, most importantly, Georgian citizens who will be offered a unique opportunity to assess which of the media outlets best provides them with unbiased, balanced and objective information about election campaigning
12